Chinese debt, influence and investments in Africa under the microscope 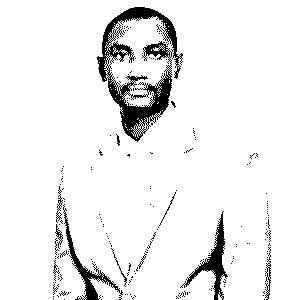 China has woven deep economic ties with Africa in recent years, but despite a substantial input of investment, manpower and technical expertise, Chinese involvement is viewed with suspicion. Why is this so and is it justified?

Ultimately, China needs to strengthen its relationship with Africa beyond purely the economic:  to focus on delivering a clear message around expectations of the relationship and improving communications per se.

‘Debt trap’: Myth or reality? One of the most influential men in modern times, Steve Jobs, once said, “The most powerful person in the world is the storyteller”. This is a truism in the high-octane world of global politics. China’s role in financing infrastructural development is much discussed, much criticized, with the term “debt trap diplomacy” often mentioned.

Take Sri Lanka. Burdened by debt of around US$1 billion, Sri Lanka handed over a port to companies owned by the Chinese government. Take Djibouti, home to the US military’s main base in Africa, which is now ceding control of another key port to a Beijing-linked company, a port that guards one of the world’s most strategic waterways.

These are examples of what some commentators refer to as debt-trap diplomacy: offer the honey of cheap infrastructure loans to developing countries with the sting of default coming to those smaller economies which fail to generate enough spare cash to pay their interest down.

However, it is instructive to consider the terminology involved to pinpoint its flawed reasoning, along with some other possible fallacies surrounding the perception of China’s involvement and the nature of African entanglement.

Firstly, consider the dictionary definition of the term “trap”. The Oxford English Dictionary defines, “A trick by which someone is misled into acting contrary to their interests or intentions”.  According to this definition, the term implies the use of trickery or making people do things while being unaware of the consequences of their actions. Yet, leaders of these African countries got into debt fully aware of the fact that they would be expected to one day repay the loans with interest.

Thirdly, China offers a mature approach. Unlike the West, which links loans and aid to specific fiscal or humanitarian reform efforts, China, has adopted a different approach: it treats African countries as “adults” and makes them fully accountable for the consequences of their borrowing actions.

Simply put, a credit card contract makes someone responsible for his spending. However, should the money be spent “frivolously” it does not impact the debtor’s obligation to repay, it only impacts their ability to repay, and this is the situation for most African countries.

Fourthly, consider the thorny issue of long-term debt versus short-term election cycles. Debts received by most African governments are low-interest, long-term debts. However, most elected politicians serve for a maximum of two terms of 8-10 years depending on the country. With very little continuity in governance across most sub-Saharan African countries, it is possible the thinking in the room is “take the money, spend recklessly, and let the incoming government deal with the fallout”.

Ultimately, African countries elect to utilize Chinese debt. It is readily accessible, and comes with the leeway of choice: to spend or re-direct expenditure as they so desire. This has created a difficult situation in which these governments are unable to pay.

Let me attempt to paint an alternative story of Africa’s debt situation: Africa, a continent in dire need of industrializing and investment in infrastructure, can take the longer and more painful route of debt-free development, or choose to leverage Chinese loans as the faster alternative.

The Chinese sunk costs: Risky moves, once in, very limited outs Investments in infrastructure come with huge sunk costs, and this infrastructure cannot be physically relocated. Bearing this in mind, should recipient African countries of Chinese loans fail to service their debts or repay, what are the options available to their Chinese lenders?

One possible outcome is to simply hand over assets to Chinese lenders. As seen in the case of Sri Lanka, and the signing of the 99-year lease, the handing over of a port to companies owned by the Chinese government came after failure to repay its US$1 billion debt to China.

Swapping debt for natural resource is another option. Angolan crude oil, and Ghana’s bauxite are classic examples of such debt repayment models. These loan deals have long repayment periods, but there are short election cycles in Africa and policy reversals are not new to Africa, a continent in which democracy is largely infant, and without the support of the West, what can China do, if these countries default?

Debt forgiveness could be offered as a last resort.

Let’s assume that after infrastructure has been completed, some countries do not repay their loans. The sunk costs using Chinese loans are immoveable and cannot be recovered: China cannot demolish the roads, rails, ports and so on. In the event of debt repayment failures, China can choose to be magnanimous like the West and implement some form of debt forgiveness. This is likely to happen due to increasing global pressure following the Chinese takeover of the Sri Lankan port, and Chinese lenders need to factor this into their plans going forward.

One last option is to keep to the status quo or simply do nothing. Beyond propaganda reporting, for which Western countries will respond with “we told you so”, China faces the risk of not being able to collect on its debt notes. The credit ratings of these African countries will suffer, but this will likely force China back to the negotiating table, since China cannot physically invade these countries.

In my view, the last two options are the most likely scenarios for the outcomes of China’s debt relationship with Africa, as the repayment terms may not be met with the rigour and regularity required.

Soft power: Improving its image Beyond economic connectedness, and being able to “throw its financial muscle around”, China has been unable to compete on other key fronts and shape how it is perceived in terms of culture, language and education.

China can learn from India and South Korea, two Asian nations who have successfully deployed soft-power diplomacy. Indians have smartly leveraged Bollywood and Zee TV to promote its culture to Africans, while South Korea has used K-dramas and K-pop to shape its perception as being a trendy, cosmopolitan and forward-thinking country to engage with. Furthermore, beyond a reference to how much it is spending in Africa, China, like Japan, has been rather poor at telling the story of its efforts on the continent, and reports accusing China of imposing a new form of colonialism and illegal Chinese immigration have not helped China’s case.

One might argue whether China needs soft power at all. My response would be yes. China is currently overspending in its attempts to win the hearts and minds of Africans, and the soft-power approach is a less expensive option. China can invest in large-scale cultural exchange initiatives, lobby to introduce Mandarin at primary and secondary school levels, and strengthen the academic linkages at the university level. This approach will cut across the different strata of African society and will cost less.

Focus on investments Chinese investment in Africa has its positives such as providing access to much-needed low-cost technology that is key to Africa’s industrialization, while the infusion of capital has helped local businesses grow. However, the China-Africa relationship has to be strengthened on a couple of fronts to improve the outcome and spillover effects.

African countries should develop China-specific civil service capabilities to improve engagement with Chinese investors. This should include setting up special offices in major cities like Beijing, Shanghai, Shenzhen and Hong Kong to promote investments and strengthen linkages.

The African countries should also establish China engagement desks to coordinate China-related initiatives and guide local businesses. They should also attract local China-specific talents into the civil service to act as bridges and translators between local businesses and Chinese investors.

The Chinese government should encourage better business practices from current and prospective private Chinese investors in Africa. Specifically, China should support Africa’s anti-corruption efforts, and efforts to protect and preserve its natural resources; by collating, codifying and disseminating anti-corruption regulations and local mining and environmental regulations to Chinese investors in Chinese, similar to the Chinese SOE guidelines. And where necessary, help these investors understand local regulations on product safety, employee rights, public welfare and technological innovation, their implications, and how to comply with them.

Both China and African nations must explore alternative models for future infrastructure investments, ones which de-emphasise debt, and are skewed in favour of FDI attraction.

Nnanna Anyanwu is partner at management consulting firm TAC and an AsiaGlobal Fellow.