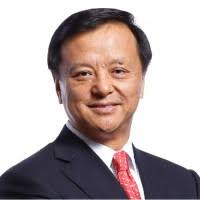 Charles Li Xiaojia will step down as chief executive of the Hong Kong Exchanges and Clearing (HKEX) at the end of this year, bringing forward his retirement by 10 months. Calvin Tai will take over as interim chief executive and ex-officio board member from January 1 2021, the stock exchange operator announced in a filing.

Li, 59, on Tuesday informed the HKEX board of directors of his wish to retire early, and the board, expressing its full support and agreement, announced that he will remain as CEO and ex-officio member of the board until December 31 2020.  His current contract was to expire in October 2021.

From next year, Li will take up the role of senior advisor to the board of directors for six months, continuing to provide guidance and ensuring a smooth transition.

The board thanked Li for his “outstanding contribution and strong leadership” over the past 11 years. He joined the exchange operator on October 16 2009 and has been its CEO since January 16 2010. During his term, HKEX has successfully transformed from a regional stock exchange into one of the world’s premier market infrastructure groups, the board notes.

Tai, 58, will continue as co-president and chief operating officer of HKEX concurrently with his appointment as interim CEO. He joined the HKEX group in July 1998.

On May 7 2020, Li announced that he had no intention of seeking reappointment as HKEX chief executive at the end of his current contract in October 2021. A selection committee was then formed to conduct a formal search process for a new CEO. The committee is led by HKEX chairman Laura Cha, along with directors Apurv Bagri, Benjamin Hung and Rafael Gil-Tienda. Considerable progress has been made and an announcement will be made in due course, according to the exchange.