The US Federal Reserve’s aggressive monetary tightening campaign has squeezed economies worldwide, particularly in the developing world. With the dollar appreciating sharply against their currencies, many emerging and developing economies have experienced rapid increases in borrowing costs and consumer prices, leaving local policymakers with little choice but to raise interest rates and imperil their fragile economic recovery.

In the face of surging inflation, some lower-income countries have pushed back against the dollar’s hegemony. But instead of complaining, policymakers should consider insulating their economies from the greenback by erecting barriers to cross-border capital flows. To mitigate the effects of adverse monetary policy spillovers, the world needs a bout of structural financial deglobalization.

When the Fed launched its quantitative easing programme in the aftermath of the 2008 global financial crisis, it was accused of encouraging speculative capital flows to emerging and developing economies and fuelling dangerous asset bubbles. Now that it is raising interest rates to fight surging prices at home, critics blame it for exporting inflation and financial instability by attracting capital back to the United States. In both cases, the US has been criticized as acting out of pure self-interest, even if that means forcing other countries to adopt beggar-thy-neighbour policies.

The Fed is therefore damned if it eases monetary policy and damned if it tightens it. But the uncomfortable truth is that countries around the world chose to open their economies to capital flows and expose themselves not just to US monetary policy but to fickle foreign finance and the institutions that control it. By handing over power, and often on behalf of elite domestic interests, they willingly made themselves vulnerable.

Attempting to minimize the costs of their Faustian bargain, emerging economy policymakers have pinned their hopes on international coordination of monetary policy. Some have pleaded with the US to stop acting like a hegemon and consider the impact of its decisions on other countries, trying in vain to convince their American counterparts that doing so would be in America’s enlightened self-interest.

But those hoping for monetary policy coordination seem to be disregarding the lessons of Covid-19. Even as scientists warned that the only way to end the pandemic was to ensure that most of the world’s population was vaccinated, the US and other wealthy countries rejected global cooperation and instead hoarded doses. The result was vaccine apartheid, and poorer countries had to scramble to secure supplies.

Moreover, seeking global coordination seems like a fool’s errand at a time when the world is turning away from multilateralism. The international trading system has been in intensive care for decades – not least owing to US trade barriers – while the escalating Sino-American rivalry could herald an era marked by economic fragmentation and geopolitical conflict. At the same time, America’s domestic political polarization means that a new administration could reverse any US commitment.

What, then, is the alternative to the dollar’s hegemony? Emerging market policymakers must resist the lure of financial globalization. Several studies, including one by Harvard’s Dani Rodrik and me, have shown that cross-border flows of private financial capital do not foster sustained economic growth. The substantive benefits from financial globalization, if any, are too few to offset the costs of sudden shocks, capital flight and loss of policy control. As bad as China’s policies have become under President Xi Jinping, China is one of the few countries still able to use domestic policy to cushion against the current financial turmoil.

Emerging and developing economies need to give up their victimhood narrative and shed their illusions about global cooperation. Instead, policymakers should regain agency and control by reverting to the relatively limited capital mobility that characterized the Bretton Woods era.

This would require going beyond the half-hearted measures the International Monetary Fund proposed to mitigate the risks of temporary capital-inflow surges. Developing and emerging market countries must impose constraints on the cross-border flow of certain forms of capital, particularly volatile portfolio flows. Only “good capital” – for example, foreign direct investment that has a long-term stake in the recipient country and brings technology, skills, and ideas to it – should enjoy the right to move across borders.

The usual response to such proposals is that the genie of international finance cannot be put back in the bottle. But emerging economies can, in fact, restrict capital flows (albeit imperfectly and impermanently). It is up to local policymakers to decide, whereas cooperation to minimize the impact of dollar hegemony is controlled by the US. It is hypocritical to embrace financial globalization and then rail against it when it does not work for you.

More broadly, the world seems to have forgotten that excessive financialization is responsible for some of the worst economic crises of the last four decades. Capitalism must be saved from its financial rentiers, and financial deglobalization is a good place to start. As the British economist and Bretton Woods architect John Maynard Keynes once said, while ideas, knowledge, and science are international by definition, finance should be “primarily national”. It is time we heed his advice.

Arvind Subramanian is a senior fellow at Brown University and a distinguished non-resident fellow at the Center for Global Development. 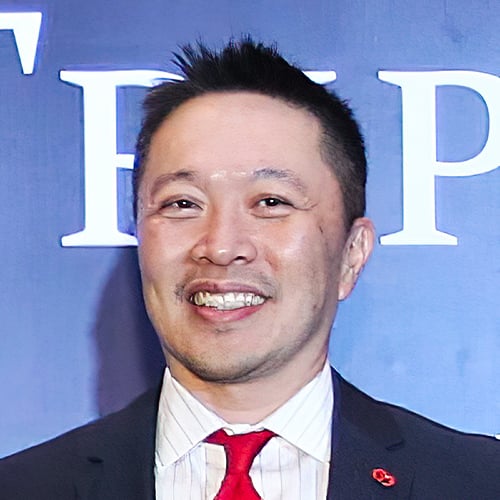